Businesses grossing more than $20 million per year will finally pay some taxes with the revenue used to help the homeless crisis in Seattle. This includes Amazon, the business run by the richest man on earth. While this is a move in the right direction, the Hoffman campaign continues to call for taxing wealth and corporate profits to pay for more housing and social services, and for the city to stop the brutal sweeps of tent encampments.

Read on for more news from the Hoffman campaign.

Your help is needed 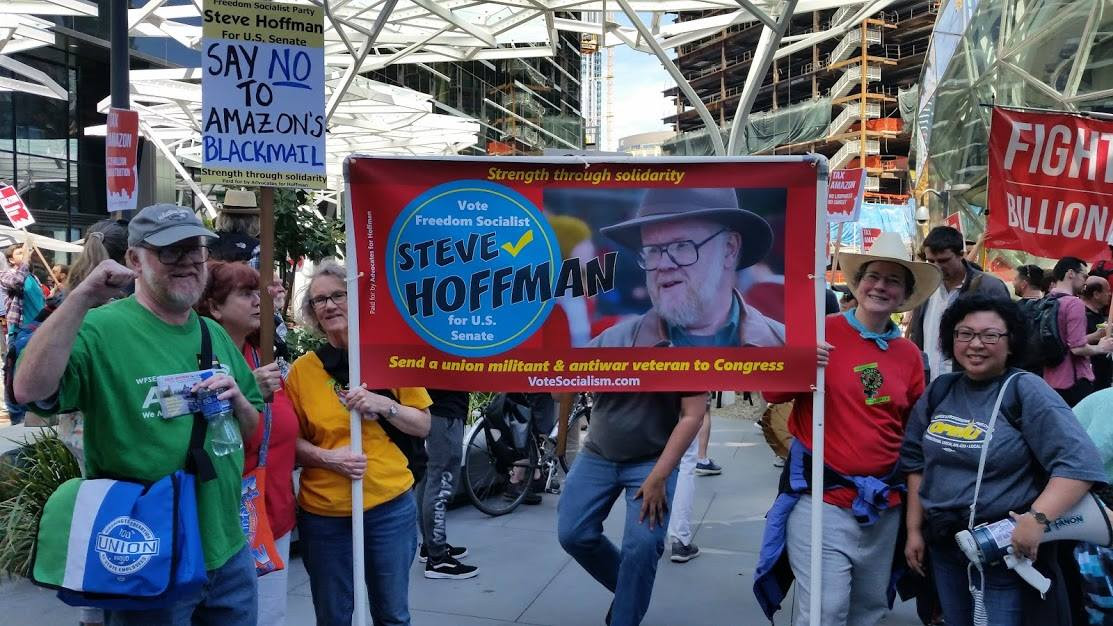 Signing off from the Hoffman Highway for this week!

May 20 picket against bigotry, white supremacy and fascism
? Sign a petition for workers’ rights to collective action